Home Travel Mt. Yangbew: Climbing the “Little Pulag” of Benguet
Tell your friends about it!

We geared up in layers of clothing before heading out to start the day’s adventure. It was around 4:30 in the morning when we left the hotel to hail a cab that would take us to La Trinidad, Benguet. The goal was to get to Mt. Yangbew before sunrise.

After a few minutes of waiting, there it was. A cab ready to take us to our destination without even trying to negotiate a fixed amount for the fare. The streets were dark and quiet. Looking out the open window, I hid my hands inside the pockets of my jacket as the cold rush of wind hit me. The journey took about 30 minutes, which involved driving in ascending and descending roads, but thankfully, it was a pleasant ride. And taxis in Baguio are quite cheap too.

I told the driver to drop us off at Tawang Elementary School in La Trinidad. As what I’ve read, it was near the jump-off point to Mt. Yangbew. When we got there, we didn’t see the signage for Mt. Yangbew. Luckily, there was a kind lady who helped us out and pointed us to the right direction. As it turned out, the cab we were in already passed by the entrance going to the trail of Mt. Yangbew. It was probably because of the darkness that we weren’t able to notice it.

We then began our trek, following the cemented uphill road and then continuing onto the non-cemented trail. Stopping every few minutes to rest our legs, we also took some photos with the city lights as our backdrop. The lights looked like twinkling stars in the dark. 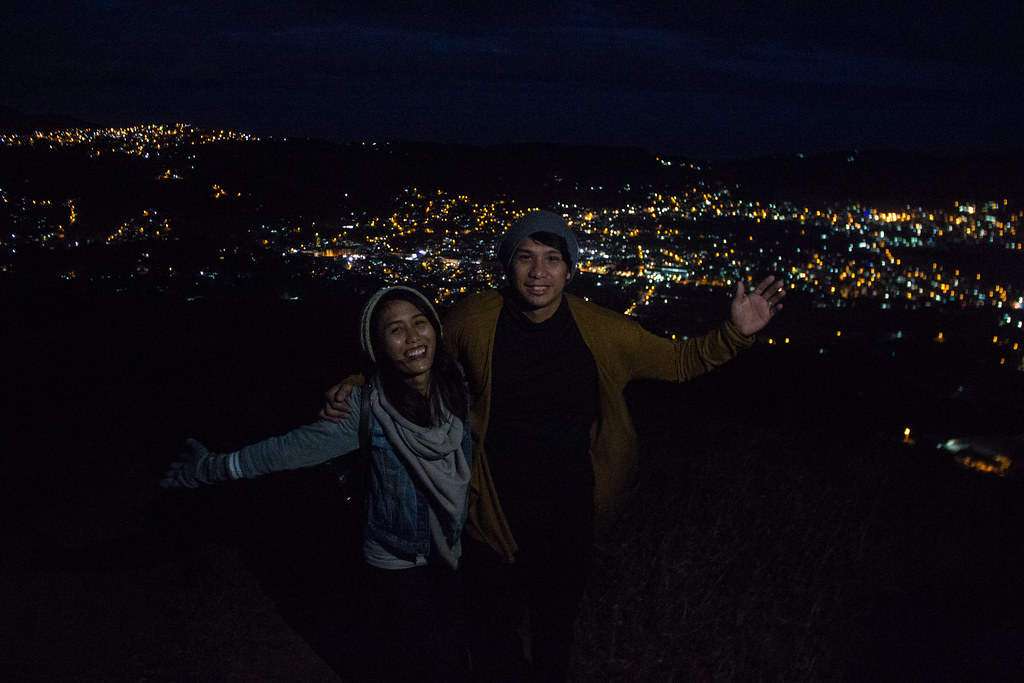 The trail was easy to follow as there was no other path. It was quite a short trek, taking only about 45 minutes of our time. If we sped up our pace, it could have been 30.

As soon as the summit came into view, whatever exhaustion I felt from the lack of sleep had all vanished. And I ran. I ran towards the summit like how I would want to run away from responsibilities. 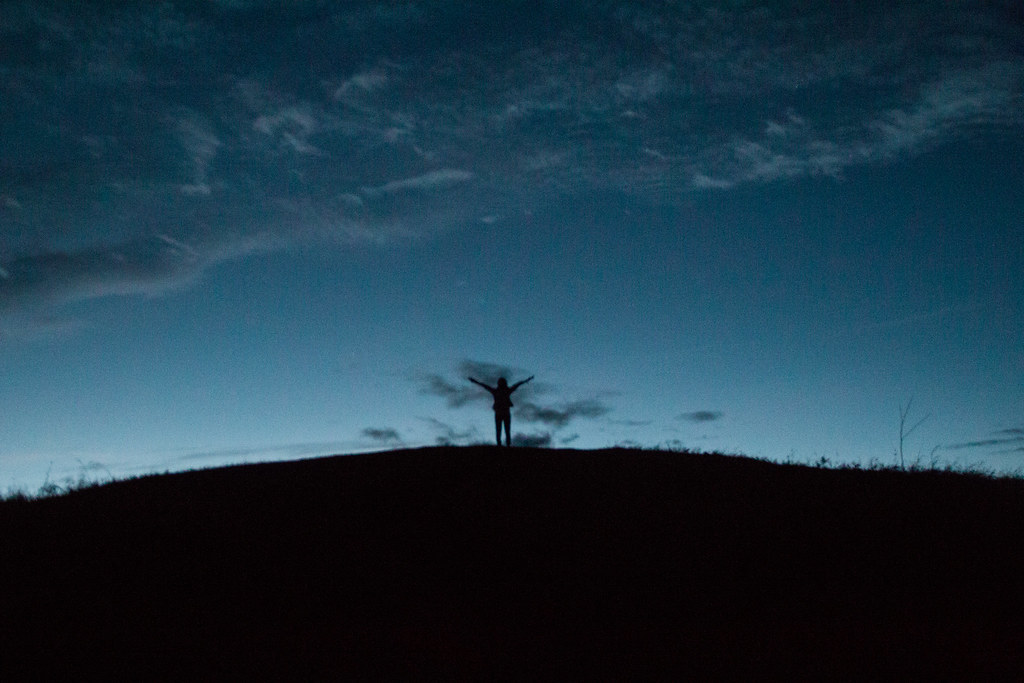 I turned off my flashlight when I saw the summit. Since my eyes cannot easily adjust to the dark, I could not see the path that I was running on, but I did not care. I moved by impulse. Luckily, I did not trip.

Although it was dark, I could already see how beautiful the surroundings were. And when the darkness slowly started to fade, and the skies started to turn into a light blue color, the view just kept getting better.

Mt. Yangbew is called the “Little Pulag” of Benguet. This is probably because at times, it gets engulfed by a sea of clouds too, which is what made Mt. Pulag famous in the first place. However, during our time there, the low-lying clouds were far away. Even though we did not experience the very thing that gave it the “Little Pulag” nickname, it did not discount our experience. Mt. Yangbew was breathtaking in every angle. Seeing a 360-view of Benguet had easily become the highlight of my trip. 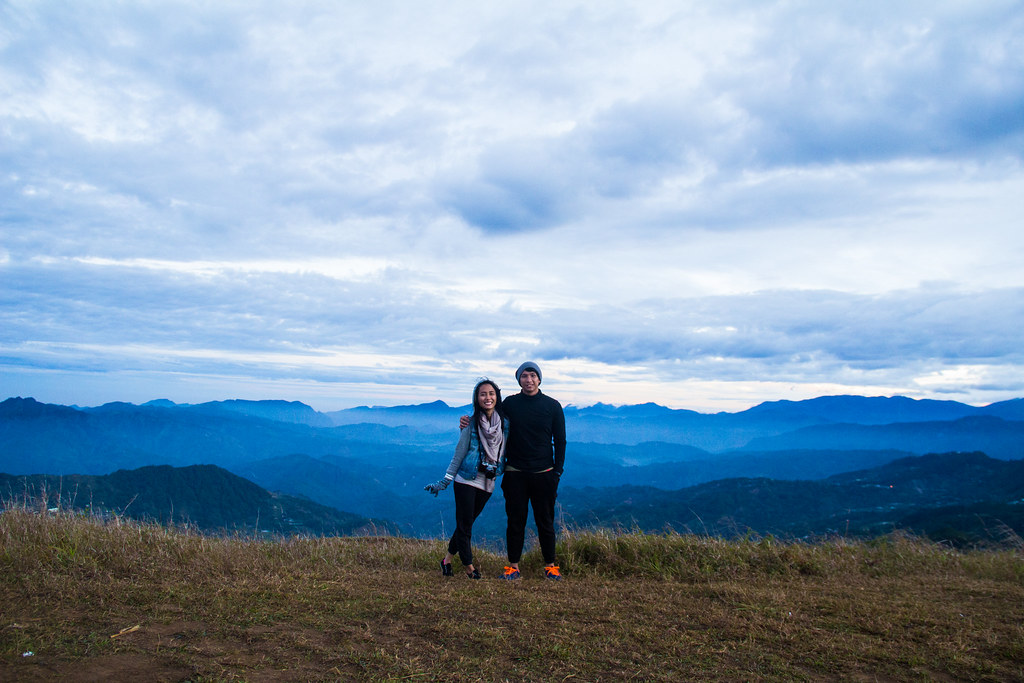 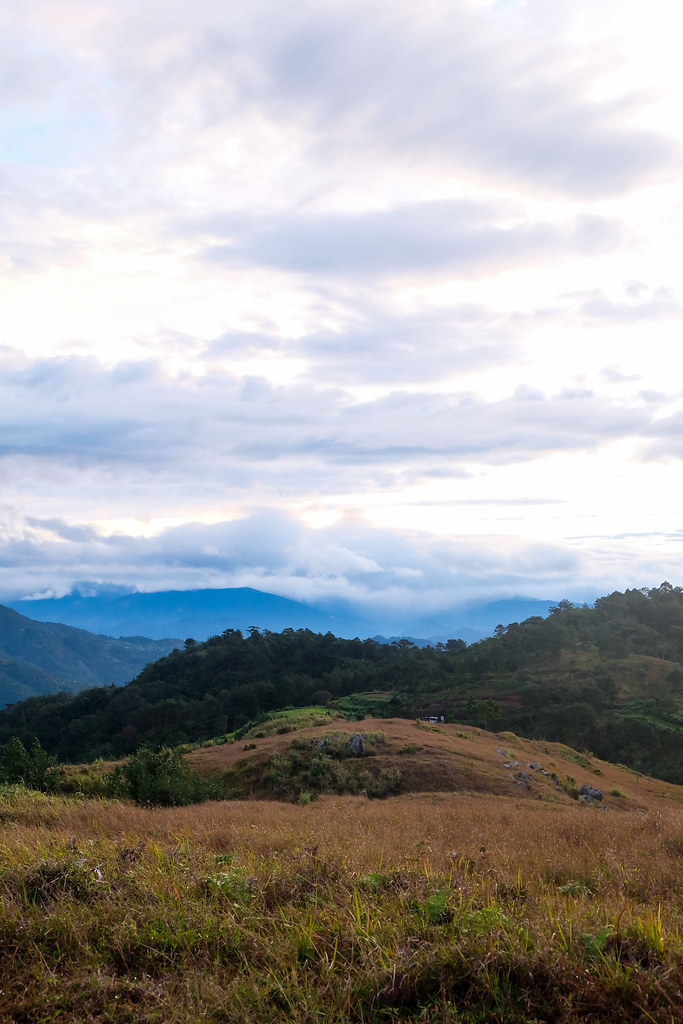 We arrived early, so we still had to wait a few more minutes for the sun to finally appear. 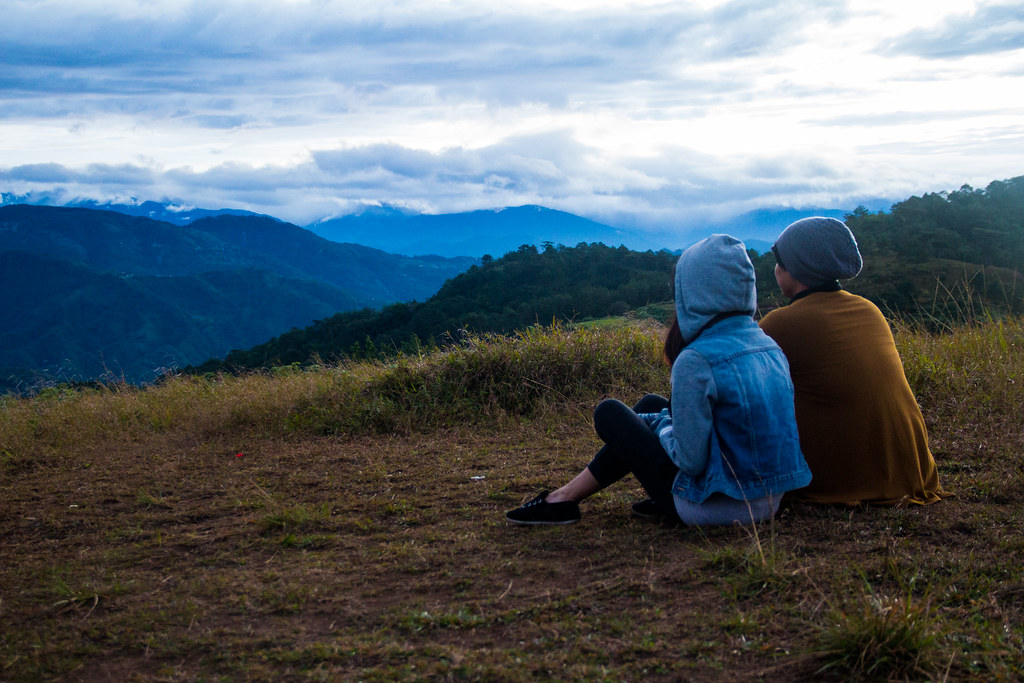 Camping is allowed in Mt. Yangbew, by the way. I bet that would be exciting… and cold. When we went there, I was expecting to see a few campers, but there wasn’t a sign of other people anywhere. We were literally the first ones there. Well, as the saying goes… the early bird catches the worm… or this time, the sunrise. 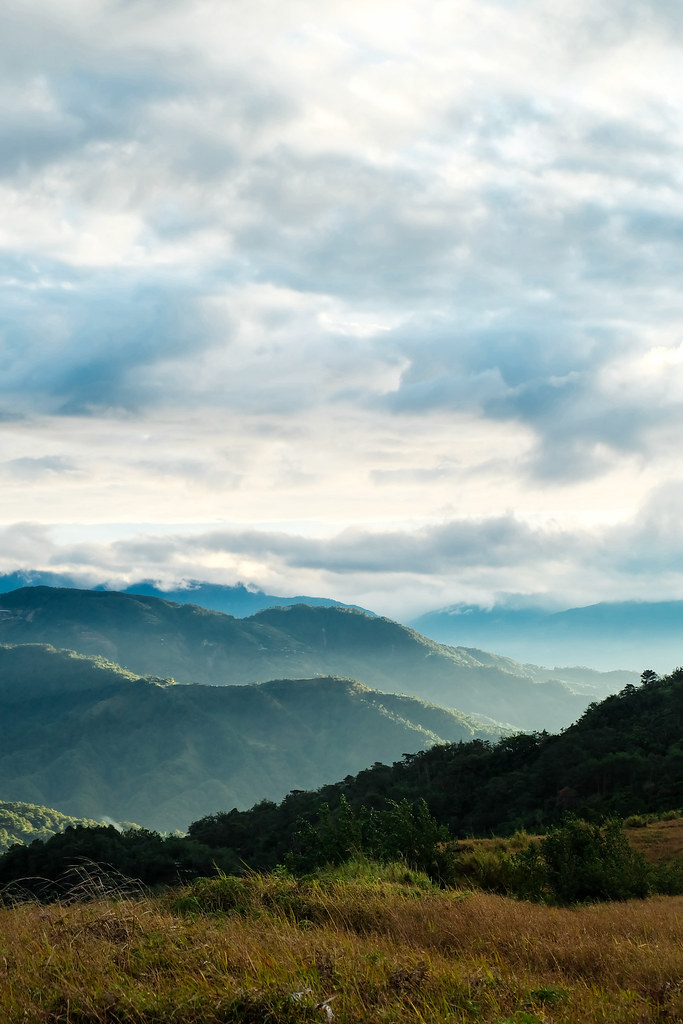 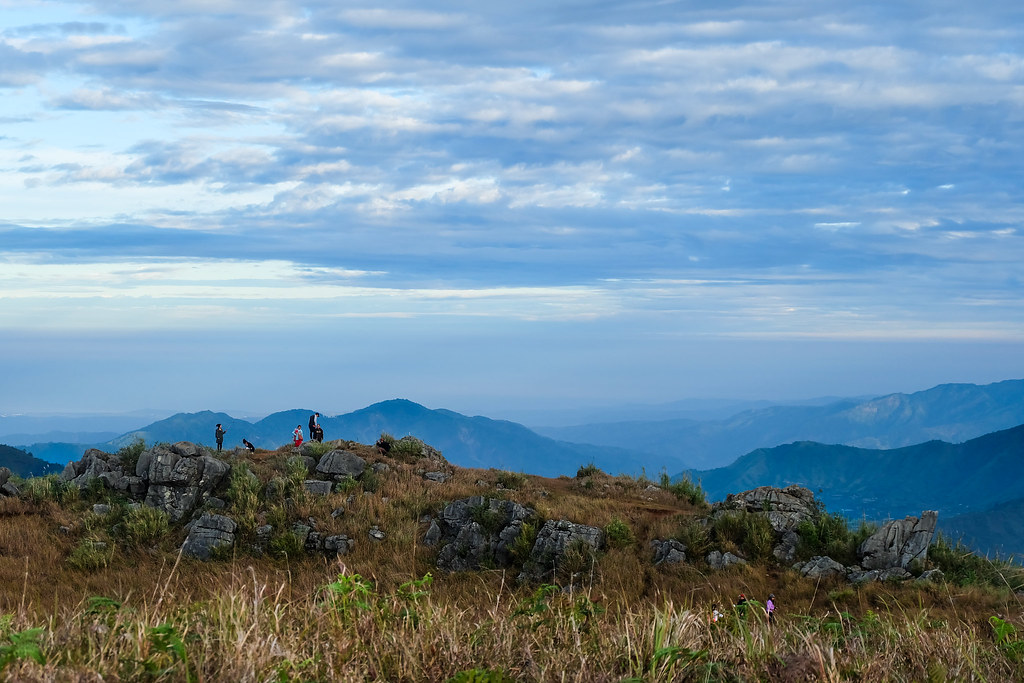 A few minutes just before sunrise, we noticed a few other people arriving. And then there were more. And then men with horses came too. 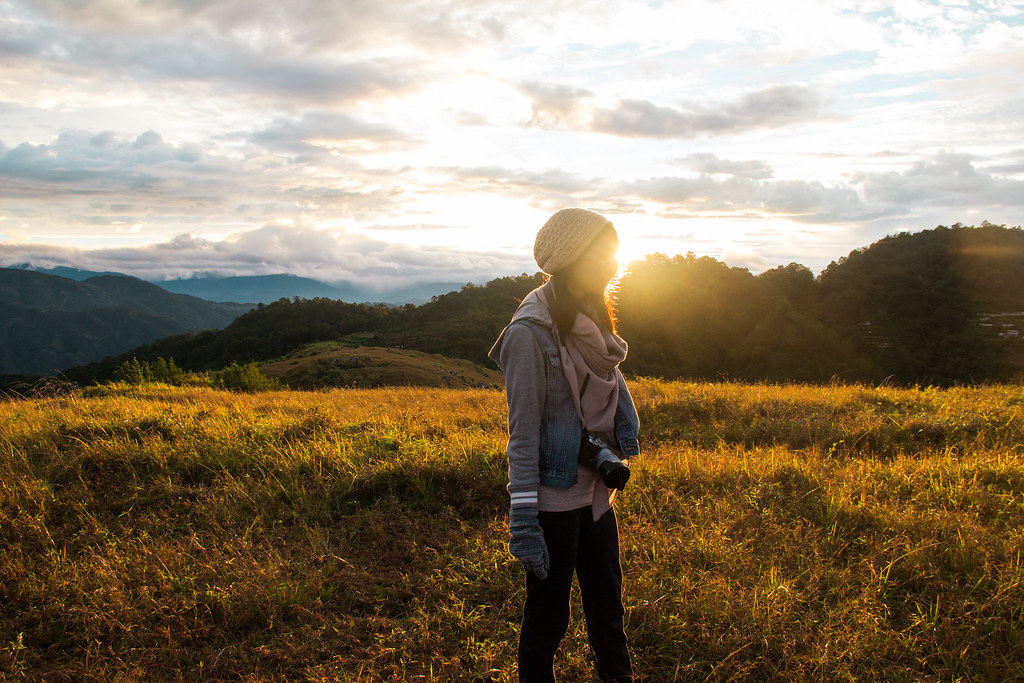 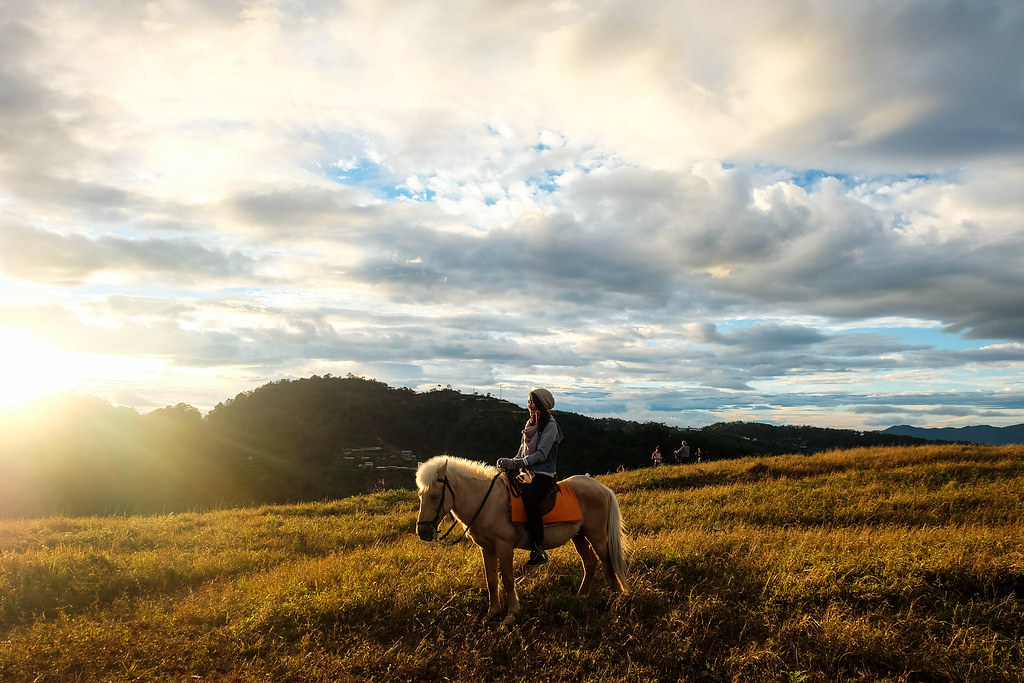 The vast land is ideal for horseback riding, for those who are interested. I, however, just took a photo with the horse and petted it a little bit because it honestly looked sleepy. Well, who can blame the horse? It was just past six in the morning. 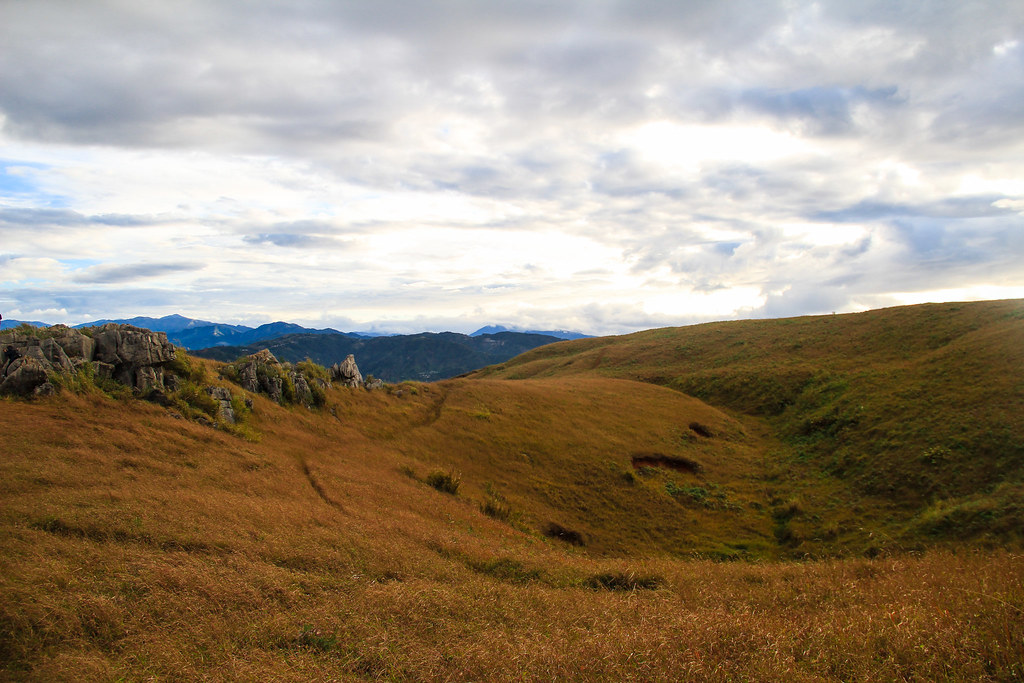 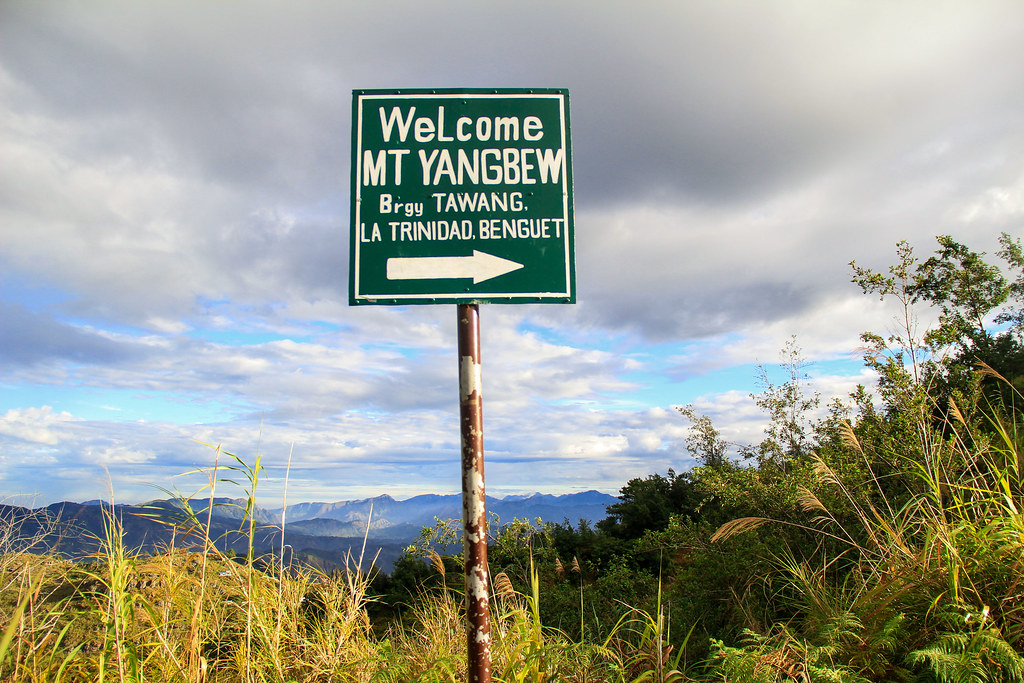 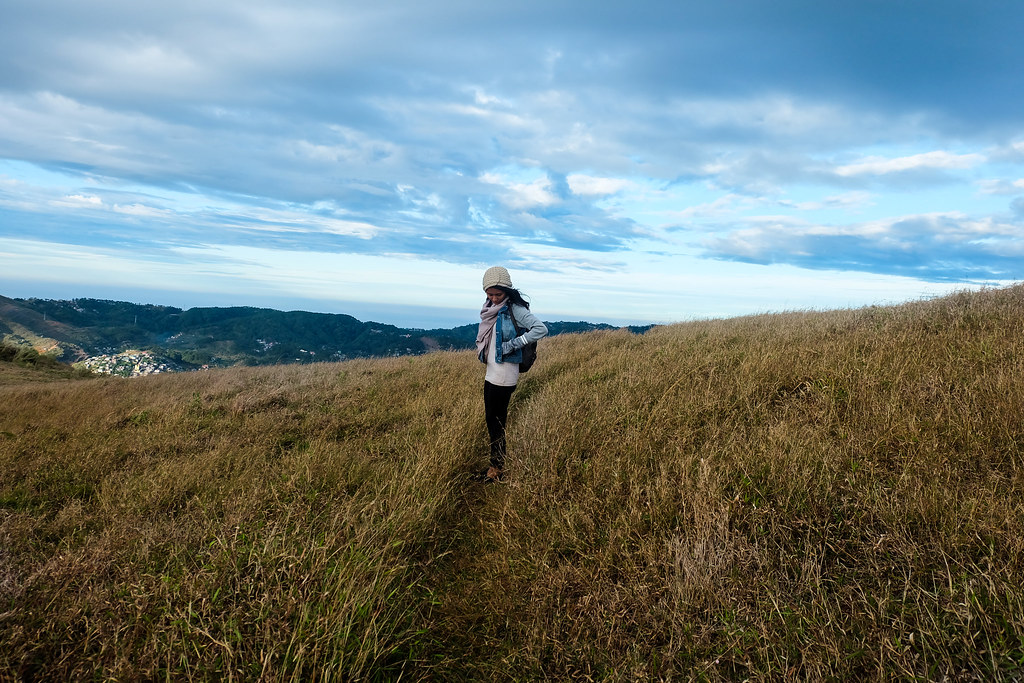 Although I felt my hands stiffen when it got really windy and cold up in the mountain, it was a great experience climbing Mt. Yangbew and catching the sunrise at this beautiful place.

I also had a couple of realizations from this adventure.

I realized that I might not be built for the cold. Being someone who is used to the tropical climate, going to the beach every chance I get, spending time in a place with low temperature made me sick (for a week) when I got home. And also, even though climbing Mt. Pulag has been a long-time dream, I am somehow starting to believe that I cannot do it after all. I don’t think I can survive anywhere below zero. But that’s just what I think NOW. Maybe that will change someday. Let’s hope for the best!

HOW TO GET THERE

From Baguio City, get a (metered) taxi that would take you to Brgy. Tawang in La Trinidad, Benguet. It’s a bit far, but don’t worry, taxis in Baguio are very cheap. For the 30-minute journey, it only cost us Php123, but we gave the driver Php150 as it was kind of a long drive anyway. I’ve read somewhere that some taxi drivers would negotiate a fixed rate, so maybe you can try haggling for a Php200-250 fare.

The jump-off point going to Mt. Yangbew is located before the Tawang Elementary School. The signage is quite small, so be alert when you’re already near the area.