The trip may not have turned out as planned, but the experience was like no other.

Nestled in one of the mountains in Alegria, far down south of Cebu, is this campsite with a jaw-dropping view. While it may look like the default Windows XP wallpaper (remember that?) in some angles, this beautiful place also holds a slight similarity to a dream destination of mine (and I’m pretty sure it’s yours, too) – Batanes.

Since I still have a lot on my list (plus responsibilities), it will take some time for me to get there. So, this would have to do. It’s probably the closest thing to Batanes here in Cebu. 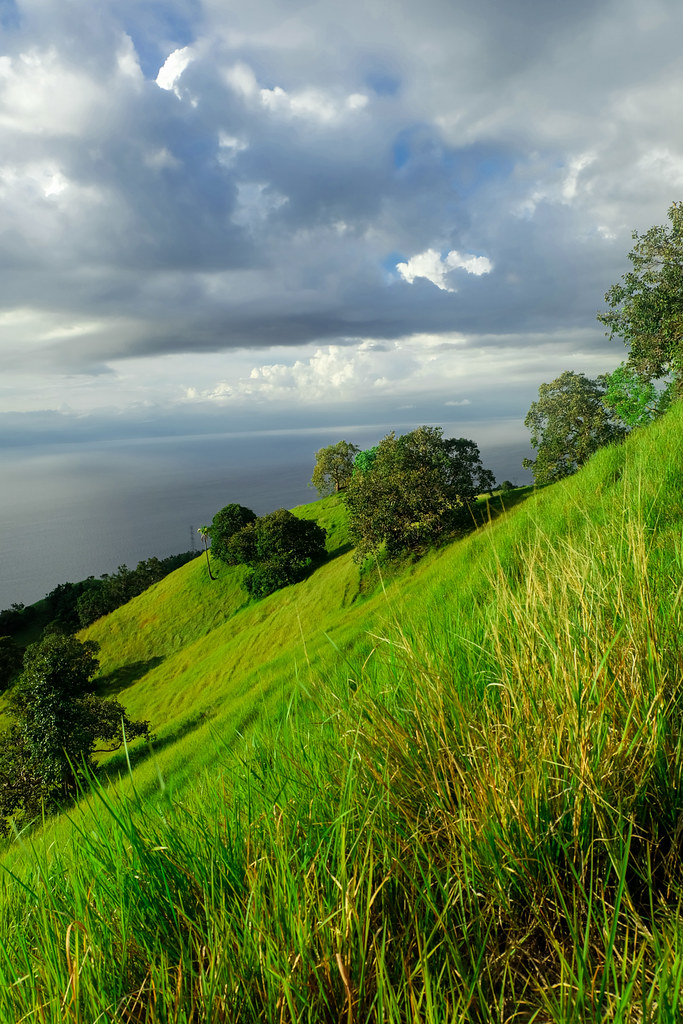 Getting to the campsite would have been completely easy, if only the weather wasn’t too hot. It had been gloomy in the city for the past few days, but when we got to Alegria, the heat was almost unbearable. We felt like the sun was trying to bite our heads off. What was supposed to be a 1-hour hike turned into a 2-hour journey because we kept stopping every time we found a shade.

But when we finally got to the campsite, all the exhaustion seemed to have vanished. Seeing the beauty of the lush greenery and the view from atop the vast mountain gave us a whole new pack of energy and good vibes. 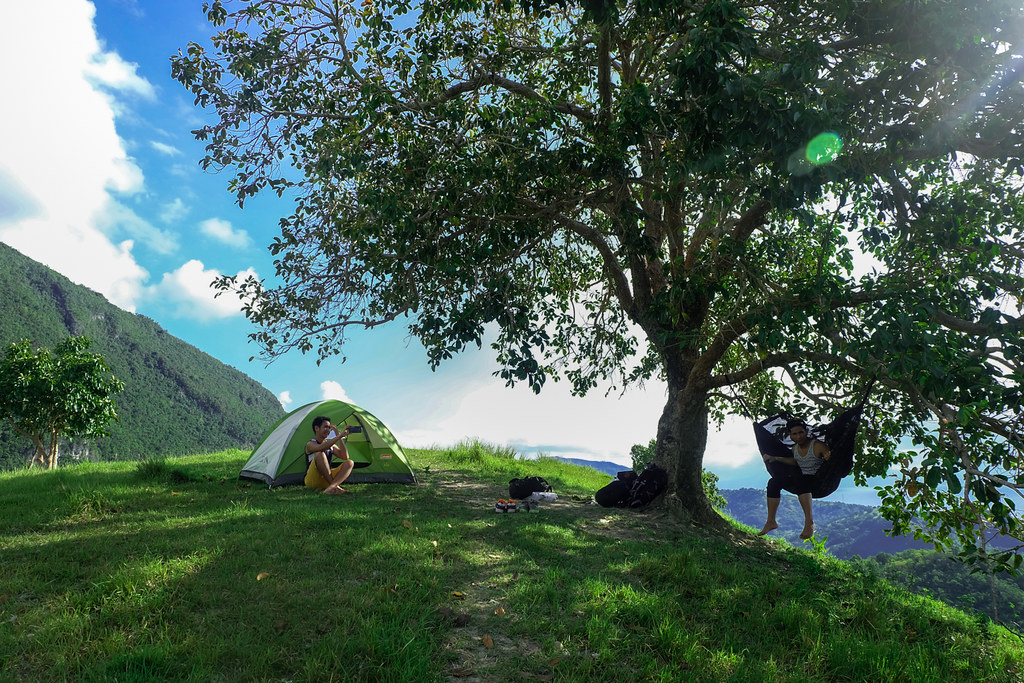 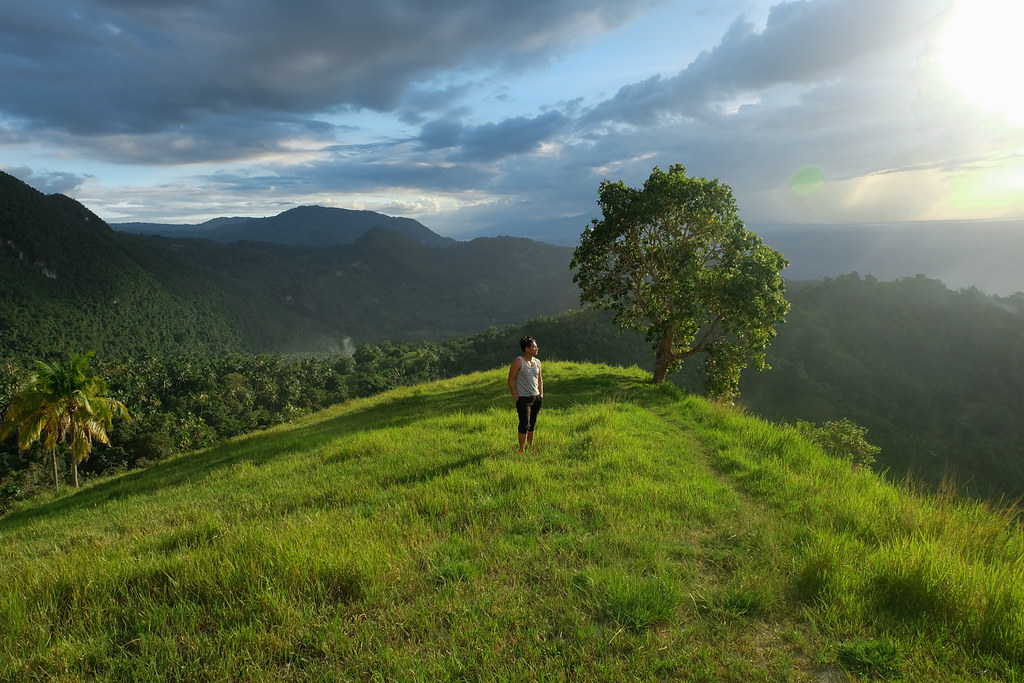 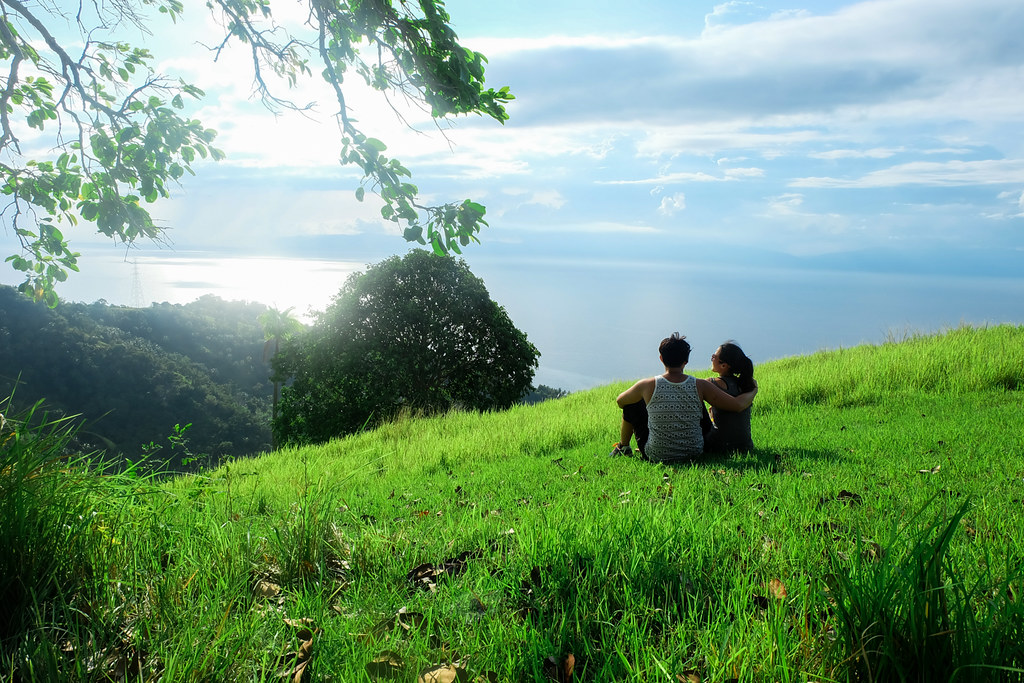 A failed attempt to reach the peak

What we originally planned was to trek to the peak of the mountain that afternoon, but because the heat was too much for us, we decided to do it the next day, at the crack of dawn. We spent the whole afternoon exploring the area and taking countless of photographs and videos because honestly, there wasn’t anything much to do.

An (almost) undisrupted view of the sunset

One of the things that drew me to this place was the perfect sunset that I saw in photographs. However, what was supposed to be an undisrupted view of the sunset was, well, slightly disrupted by rain clouds. 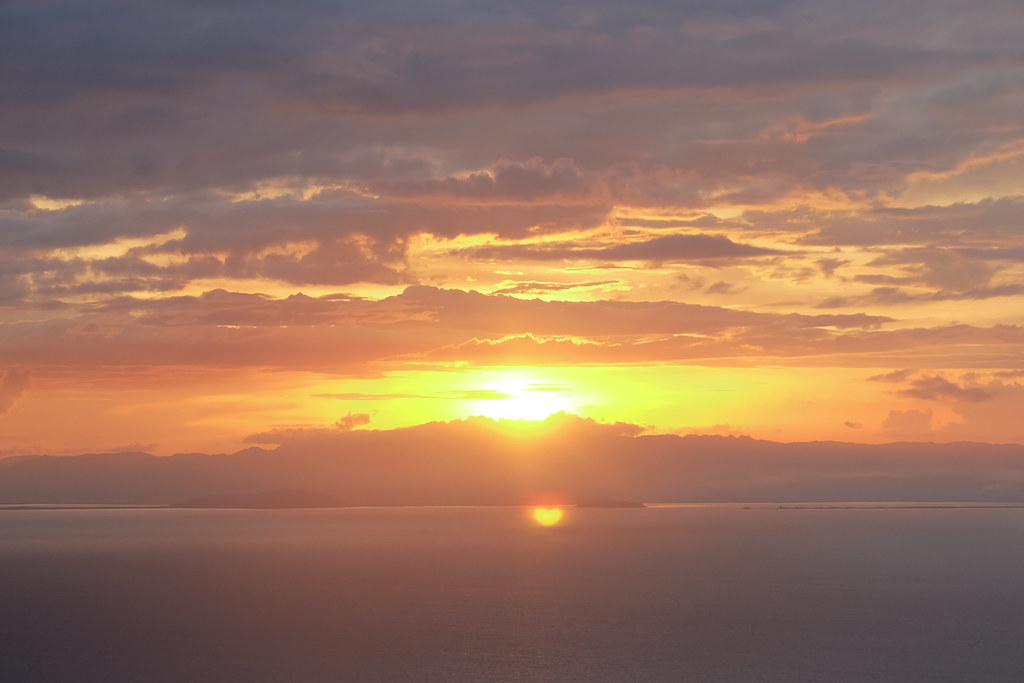 Shortly after the sun disappeared into the horizon and the darkness started to envelope us, something small and bright caught our eyes. A firefly!

And just when I thought that it was over, a few more made their appearance and I couldn’t have been more excited.

Growing up in the city, and being surrounded by houses and buildings instead of lush greenery, I’ve always dreamed of seeing fireflies. And then just like that, my childhood dream came true. Fireflies danced around us and the excited 6-year-old in me silently screamed “Oh my god!” every time they appeared. We even saw a couple of them up close. I felt like a child who saw a magic trick for the very first time!

Alone in the wilderness

We were the only campers that night – me, the boyfriend, and our good friend. The only other company we had were the fireflies, a whole lot of insects that were attracted to our camping light, and a few dogs who kept trying to steal our leftovers. 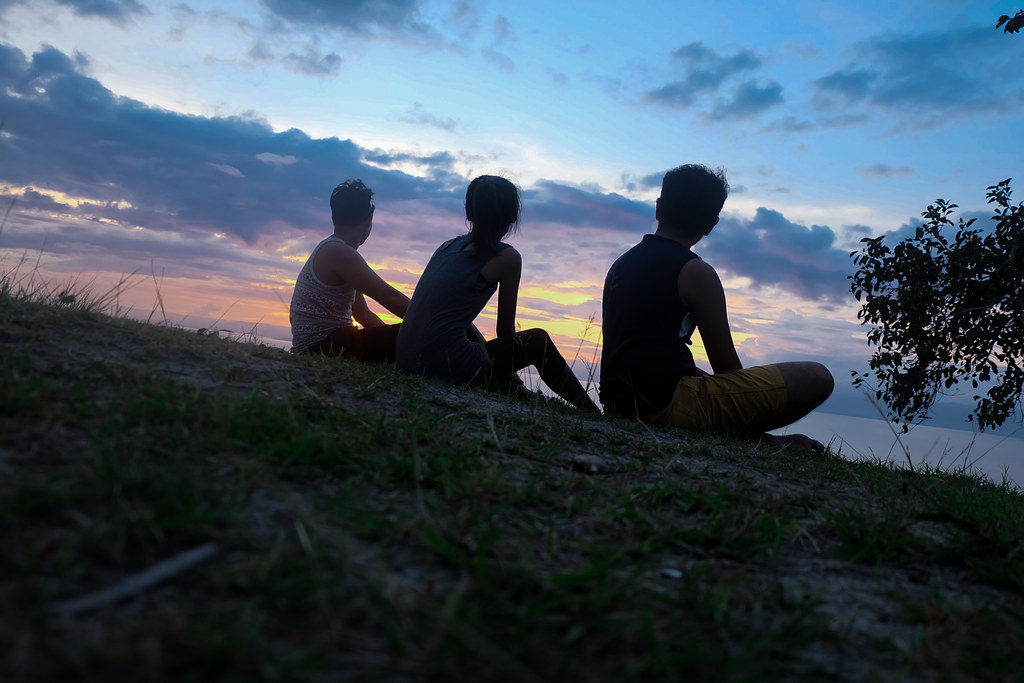 A quick turn of events

The three of us retreated to our two-person tent for a while. Cramped up and uncomfortable, we played Sushi Go, a board game, to pass the time. But after two games, with me coming off victorious twice in a row, we decided to go stargazing. 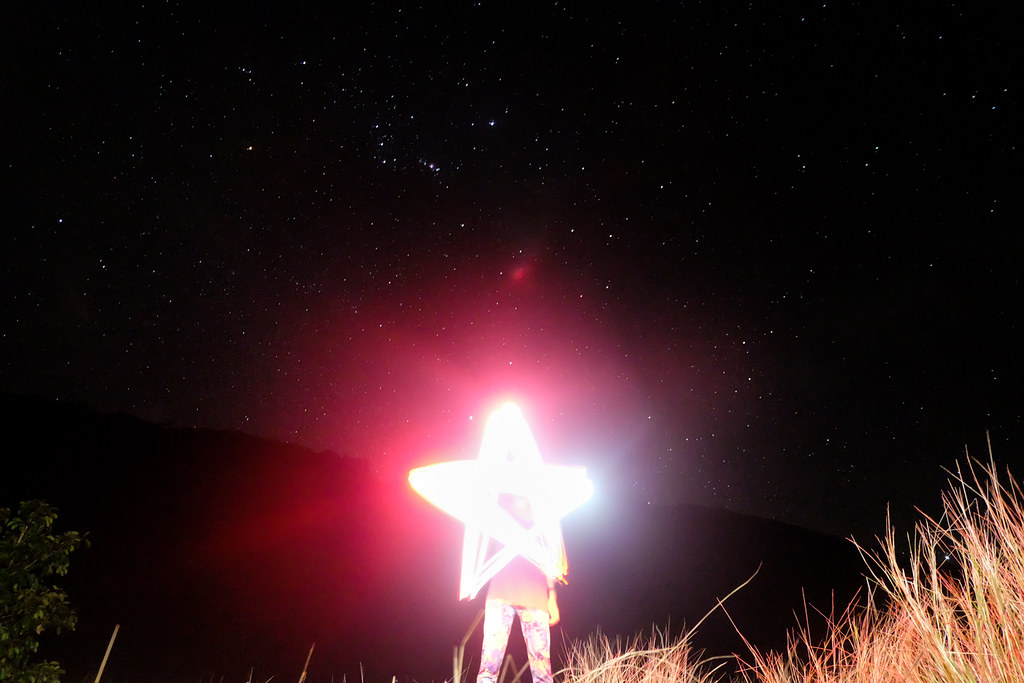 We took pictures and then laid under the sky that was illuminated by a blanket of stars. But as the night progressed, the twinkling stars were then covered by thick rain clouds. Flashes of lightning and the roaring of thunder went on and on all through the night. Finally, at around 4:30AM, rain fell. And it rained hard. Thankfully, our reliable tent kept us dry from the heavy rainfall.

So, there you go. Another failed attempt to trek to the peak. Thank you, rain.

Where exactly is this place?

It’s somewhere in Alegria, Cebu. Check out this post from my Facebook page to find out how to get there. 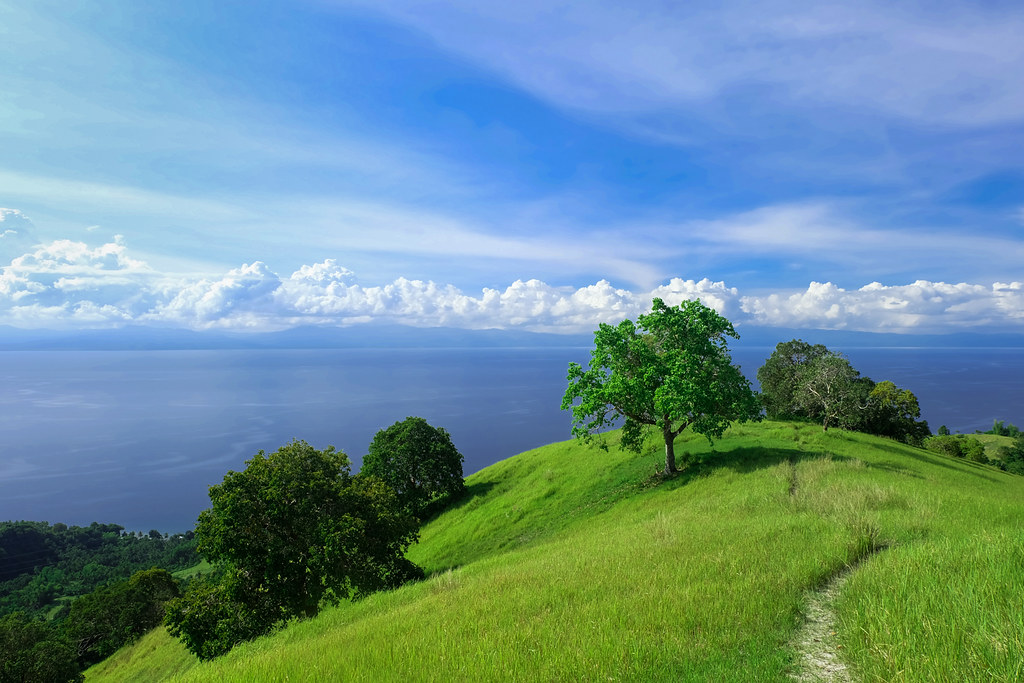 If you do decide to camp out here, please make a promise to not turn it into a complete mess like what people usually do. 🙁

That’s all. Til next time!

P.S. More photos have been uploaded on my Facebook page.